You cannot turn on a financial news channel or read a financial news article without some mention of how interest rates are going to “pummel everything in their sight” or “cause rampant inflation” or even “start the next recession.” While any one of these can be true, they usually are not. The discussion of interest rates is much more nuanced than the talking head on XYZ financial network would like you to believe. Our intention is for you to gain a better understanding of interest rates and the yield curve after reading this article. Let’s dive in a little deeper into the topic, shall we?

As mentioned above, interest rates are really important. The prevailing interest rate environment determines how much interest we pay on our mortgages, car loans, student loans, and any other loan of which you can think. Interest rates also determine at what rate corporations can borrow to invest in and grow their business. They also determine the type of yield investors and depositors can earn on the hard-earned funds that they lend to banks and/or corporations for a finite period.

So, what exactly are interest rates? While interest rates are talked about as one entity, there are many types of interest rates. There is the federal (or “fed”) funds rate, the 10-year Treasury rate, the rate one receives on a 6-month CD at the bank, and there is a rate at which banks pay depositors on their savings/money market accounts to name a few. However, when investors talk about the Fed raising or lowering interest rates, they are only talking about the fed funds rate, an important distinction.

The fed funds rate is known as the short rate. The Federal Reserve (or “Fed”) is America’s central bank, and the Fed is responsible for setting America’s short rate. Other countries have their version of the Fed. Europe has the European Central Bank, also known as the ECB. Japan has the Bank of Japan. A country’s central bank has exclusive power on setting its country’s short rate. The Federal Open Market Committee (FOMC) meets about every 6-7 weeks to discuss if they should raise, lower, or hold the fed funds rate. The fed funds rate is also the rate at which banks lend to each other on an overnight basis. 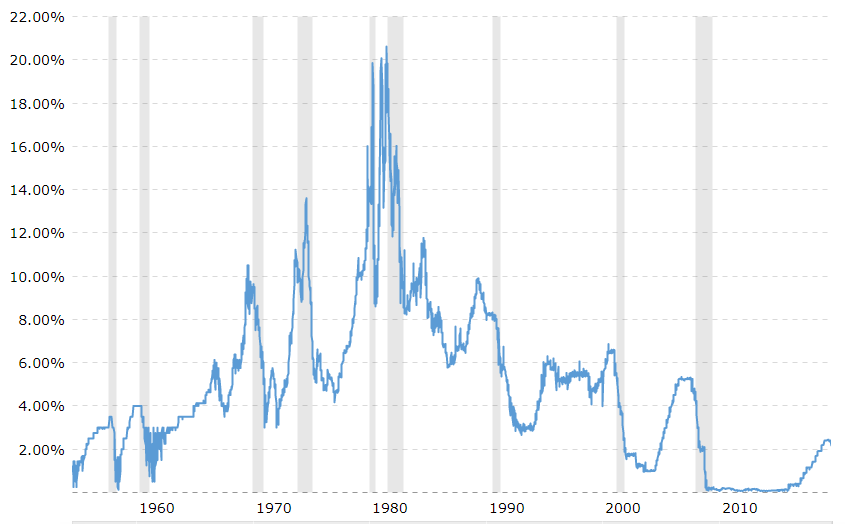 As you may have been able to surmise from the above two paragraphs, the short rate and long rates move independently of each other. Again, this is a very important distinction (and is not known by many investors). Therefore, from this day forward separating the short rate and long rates in your mind is a great practice. You now know that using the term “interest rates” is confusing and not necessarily proper as this term wrongly lumps two independently moving entities together. 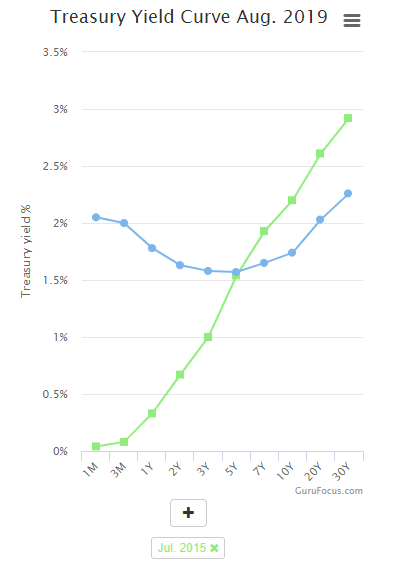 Of course, timing is everything. Just because the yield curve inverts, it does not mean there is going to be a recession and/or a bear market. And, even if one does occur, predicting when it will occur is extremely difficult. Further, a recession, or bear market, can be priced into the market. If a yield curve inversion is widely expected by the majority of market participants, this anxiety may cause the inverted yield curve to lose its influence in triggering a major market decline.

Due to endless speculation on the direction and level of interest rates, the Federal Reserve has been thrust into the spotlight. The purpose and power of the Fed can be questioned. Is it the Fed’s role to keep the economy expanding and keep financial asset prices ever-increasing? The stated role of the Fed is to strive for maximum sustainable employment and to keep prices stable. There is even debate around what “full employment” means and which inflation rate is consistent with price stability. Most economists agree that full employment is met at an unemployment rate between 4-5%, and the Fed has agreed upon an inflation target of about 2%. Many investors and economists believe the Fed is keeping interest rates artificially low, which has led to excessive financial asset price increases.

In conclusion, while not an exhaustive article on the subject, we hope the above dialogue on the topic of interest rates helps to put into context the nuance around the material. If you would like to continue the conversation, please reach out to your advisor or any member of the Wolf Group Capital Advisors team.